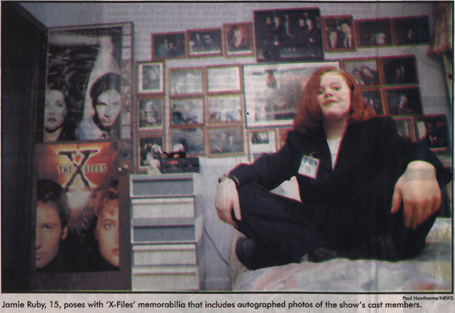 For Mohawk High student Jamie Ruby and millions of other devoted "X-Files" fans, one hour a week on TV simply wasn't enough. So Ruby is helping other young followers of the show get a weekly sci-fi fix with her very own web site.

Generation 'X' in Cyberspace
To see more about my trip to the Expos, you can go to my New York Expo site here, complete with my own full review of the event.